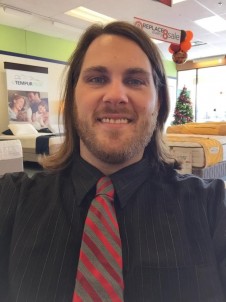 Howdy! The name’s Mark. Mark Wright. Not the Mark Wright, mind you. Never played soccer in my life. Never been on TV either… Well, maybe I have, as a bystander, but I sincerely doubt that.

Proud father of two feisty ankle-biters and a husband to a stunningly beautiful maiden of stee… ah! ouch! not the head! not the head, honey!

Anyway, I wasn’t always interested in mattresses. I never paid attention to such matters. As a kid, I slept in a bunk bed. In the top bunk, to be precise. The lower one was for my sister.

Anyway, I am a side sleeper, although I do sleep on my back from time to time. I also like lying on my stomach, reading.

That’s what got me in trouble to begin with. I had a very bad back ache. I wasn’t even of age, but already felt the dreadful crankiness in the morning. It got to the point I almost dropped out the school. Thankfully, I was young and otherwise healthy, so I bit back my pain and persevered.

I graduated with flying colors. 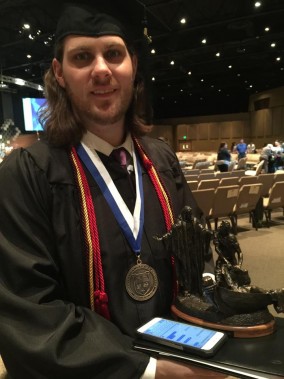 Then, it was time for college. And that is when I learnt just how good sleeping experience can be.

I understand now it was nothing extraordinary. In fact, it was below mediocre. But at the time I thought a bed cannot be made better.

Guess what? I was wrong.

I went Greek. Nothing surprising there. I wouldn’t even bother mentioning it, but one of the brothers had a memory foam mattress, and he gloated about it… the bastard!

I admit it, I was green with envy.

Either way, I had been envying the bas… brother. In the end, since I had savings, I spent them on a mattress just like that. Come to think of it, I might have been not quite sober… But it turned out okay in the end. It might have been costly, but it also was heavens to the past sleeping experiences of mine.

I probably would be content with it, and would not get a new one for quite a time, but that was college. So I kind of gave up the mattress to a new guy shortly before departing home (well, sold it more like, but didn’t get too much for it). 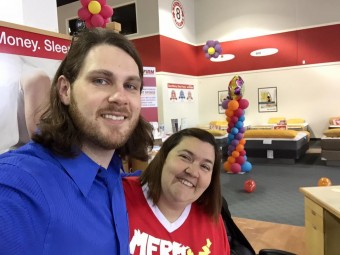 Of course, now that I had tried a memory foam mattress, I couldn’t just forget the experience. And, when I got home, I bought a new mattress, a luxurious latex one. But, eventually, I moved out and left it behind as well.

Now that I got a nest of my own, I ordered a new mattress. And let me tell you one thing: that was far from satisfying. It was as bad as bare floor. Scratch that, the floor felt ten times better. I would know, I had to get up from the mattress and sleep on the floor. Only then could I actually fall asleep.

Of course, those experiences weren’t what made quite as knowledgeable in relation to mattresses as I am now. But it was a start.

What made me experienced in mattress matters? Travelling. I used to travel a lot back in the old days (still do, in fact), and I tried a lot of different mattresses as well. I didn’t just observed when I felt comfortable in a motel (or not) to leave it at that. You see, when you get interested in something, you pay attention to every little detail. It is quite possible you may have more miles under your belt than I do, but the thing is, I used to talk to the staff, to the owners about what kind of mattress they had, and I made sure to remember the experience (by actually writing in my notebook first and my iPad later). I made sure to soak up the knowledge on the subject.

Later on, I kind of started giving advices to friends of mine. And here comes what’s called preferential attachment processes. By giving out my advices, I, as you can guess, was getting more mattresses to try. And that made me more experienced, and people were asking more advices, and… Well, I think you get it.

The first time I was camping as a grown-up, I only did that to try out a new air mattress… Yeah… I guess, I’m a bit obsessed with them, aren’t I? But the point stands. Obsessed or not, this made me experienced when it comes to mattresses.

And so I kind of started to buy mattresses only to try them out. I mean, come on, it’s not any worse than collecting… I don’t know, corks, for instance. Of course, I am not that rich to buy a new mattress every few month, not without either giving it back (that’s what I do to crappy mattresses) or selling them to my acquaintances.